Embraer delivers first A-29 to US Air Force 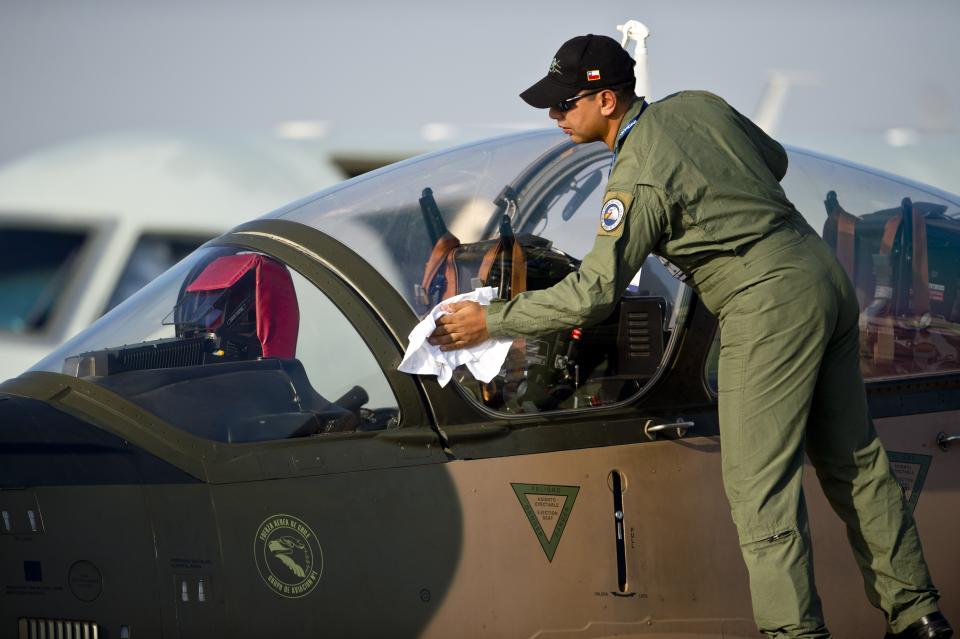 Miami (AFP) – Brazilian aviation firm Embraer said Thursday that it had delivered the first of 20 light-attack aircraft to the US Air Force, for use in Afghanistan after the NATO troop withdrawal.

The A-29 Super Tucano was presented at a ceremony in Jacksonville, Florida where Embraer and its US-based partner Sierra Nevada Corporation are building the aircraft.

The $427 million contract to build the 20 Super Tucanos, a turboprop craft for light missions and pilot training, was announced in February 2013.

The awarding of the contract to Embraer provoked a challenge early on from US aviation firm Beechcraft, which alleged irregularities in the bidding process.

“The Super Tucano is a robust and powerful turboprop aircraft capable of carrying out a wide range of missions and, in more than 10 years of operations, it has confirmed to be a cost-effective airpower solution for nations around the world,” said Jackson Schneider, president and CEO of Embraer’s defense division.

The A-29 is currently in use by nine countries in Latin America, Africa and Asia, according to Embraer, which said it had delivered 170 of the 210 ordered so far.