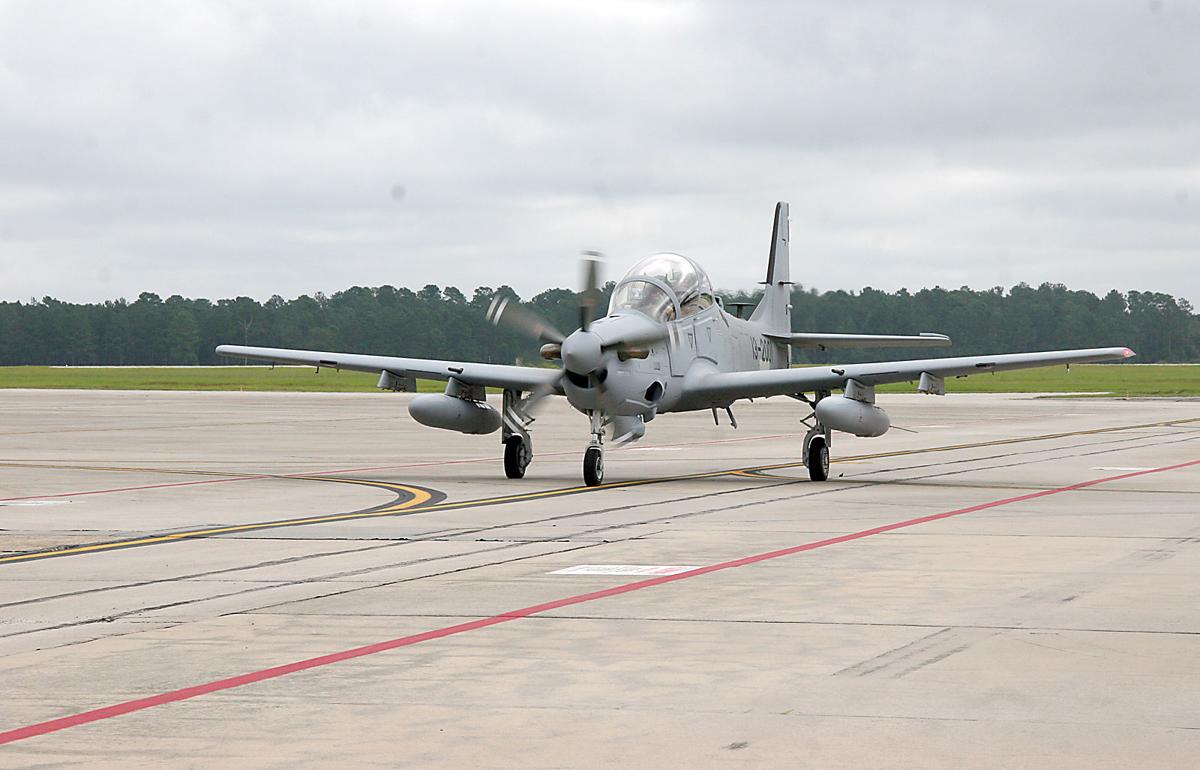 It is the first of 20 A-29s that will be used for Moody’s Afghan A-29 Light Air Support training mission that starts in February.

A-29s are small, light and quiet, designed to operate in high temperatures and extremely rugged terrain.

This time next year, the A-29s will begin to be transitioned to Afghanistan for use by the Afghan Air Force where they’ll replace the Mi-35 attack helicopters.

“The Mi-35s are at the end of their service life,” said Lt. Col. Jeff Hogan, who will be acting as a trainer for the mission. “This (the A-29s) will be a monumental leap for the Afghan Air Force.”

Upon arrival in Afghanistan, the A-29s will go right into conflicts along with the pilots.

The mission will train Afghan pilots in light attack and convey escort missions, among others.

The mission will also train Afghan technicians in A-29 maintenance and repair.

Afghan pilots and technicians will be lodged at Moody but will also be taken off base to learn about and be immersed in American culture.

As Hogan pointed out, the Air Force training Afghans is nothing new.

“The Air Force trains thousands of international students every day. We have procedures and policies in place to execute the mission safely.”

Each Afghan pilot brings flight experience to the table; seven of them have been trained in the United States before.

During the actual flight training, each Afghan pilot will be accompanied by an airman. Hogan and the other pilots who be conducting the training next year will spend the next few months learning the ins and outs of A-29s.

“It actually flies relatively similar to the A-10. A little slower, but as far as turning, it’s a very smooth airplane, flies really nice,” he said. “I’m excited to get going on the training.”